* In case of any delay in receiving the OTP, you may verify it later. Please proceed without verification.

Enter your City name or Pincode

Located in the middle of the Shivaliks, Chamba town is a treat to the eyes for its rich cultural beauty. Apart from appreciating the splendid natural beauty of the hill town, visitors can also explore the culture and tradition of this small hamlet. Chamba is visited by a lot of people for pilgrims every year. One a division of the Mughal Empire, Chamba has many unexplored jewels, unknown by people of the outer world. Here is a list of the places which you need to visit during your trip to Chamba in Uttarakhand. 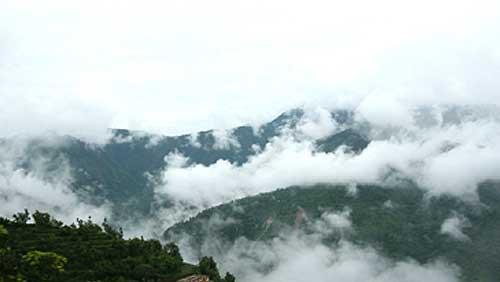 Chamunda Devi Temple is the beauty of this tiny hill town and people from all over the world come to visit. The temple is located at a hill top and, thus, gives a very picturesque look of the town. It is a belief among Hindus that Goddess Chamunda is a valued form of Goddess Durga. A shrine of Lord Shiva is also located close to the Chamunda Devi Temple.

The Sui Mata Temple attracts a large number of followers every year. It is one of the attractive tourist spots in the Valley. Devoted to Sui Mata, native princess of Chamba, who sacrified for the resident of Chamba. The temple is located between Chamunda Devi Temple and Brajeshwari Temple.

The Bageshwar Temple is one of the famous religious spots in Chamba. Pilgrims visit this place in a larger number every year. The local people believe that the Shiva Lingam that is present in the temple appeared from under the ground. The temple is devoted to Lord Shiva known as the Hindu God of Destruction. Shivaratri, a popular Hindu festival, is celebrated at the temple every year with great dynamism and zeal. 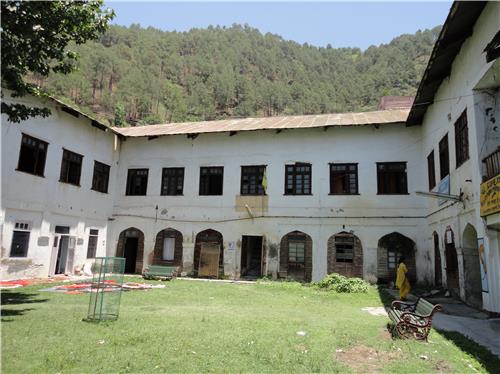 The museum displays impressive art and culture of the valley and its locality. It can be said as a window to Chamba. Tourists can enjoy the Basohli and Kangra-style of paintings in the museum. The Bhuri Singh Museum was established in 1908 in honor of the raja of that period who ruled Chamba. His name was Raja Bhuri Singh.

The Gandhi Gate was constructed in 1990 and Lord Curzon, the viceroy of the British Government, was welcomed through this gate when he visited the valley. The Gandhi Gate is the main entrance to the hill town of Chamba. 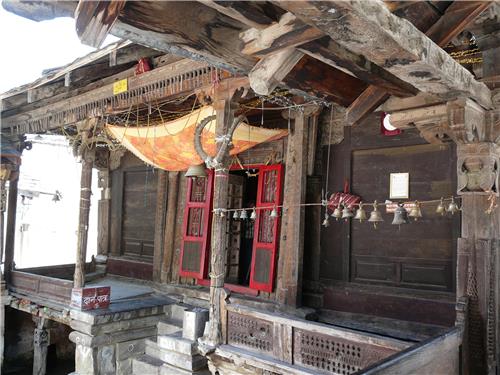 The Laxmi Narayan Temple is one of the biggest focuses of attraction in Chamba. There are six domes devoted in this temple – three are of Lord Shiva and the other three of Lord Vishnu.

Here, tourists can witness the local trading in action and it is the also the place from where the Minjar Fair procession begins. Chowgan is a promenade location in the heart of the city and it gives a great opportunity to visitors to experience the local customs and traditions. 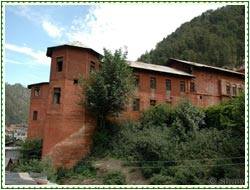 Rang Mahal is also known as the “Painted Palace”, was constructed by Raja Umed Singh for the royal woman to reside. The history of this attractive palace can be dated back to the 18th century. It is one of the most stopovers of the valley.

It was constructed in 1925 in honor of Thakur Gabbar Singh, who is known to serve the Garhwal Rifles in 1913 as a rifleman. Gabbar along with his battalion fought in Germany and won the battle during the First World War. He was also awarded the Victory Cross award which is the highest gallantry award. On 21st April, every year, he is been paid tribute for his great warrior by the Garhwal Regiment. It is quite popular among the tourists.

St. Andrews Church, also known as the “Church of Scotland” was established in Chamba by the first missionary. The Raja of Chamba also contributed to the foundation stone of the church. A generous amount was granted by the Raja to build the Church in fine-stone masonry. Today, the church also runs many schools within the church surroundings. The Church is one beautiful religious site in Chamba that attracts tourists from far and wide.

There are many stay options in Chamba. There are many luxury hotels providing all the modern facilities. Tourists can also opt for an adventurous stay at camps called Camp Carnival. You will have a great experience in the lap of nature.

There are many places near Chamba which you can visit in a day. Some of the famous places are listed down here.

Located at a distance of 18 kms from Chamba, New Tehri Township is the nearest destination among the places to visit near Chamba. It is the only township in Uttarakhand and is a newly-developed state of art. The most popular attractions of the township are the massive Tehri Dam nearby and the Kanatal or the lake.

Khajjar Valley is famous for its picturesque beauty which is located 22 kms away from Chamba. It is known for its beautiful small meadow with a lake in the middle and a horse tracking around the boundary.

Dhanaulti is another beautiful region located 27kms away from Chamba. The place is surrounded by unexplored thick alpine forests and, thus, it is a virgin natural beauty. One of the best places for nature lovers. Tourists can also visit the Surkanda Devi Temple during their stay which is nearby.

Dalhousie is a major hill station which is the nearest from Chamba. It is at a distance of 56kms from Chamba. Dalhousie is a small pretty town divided into two halves by the Subhash Chowk. There is a beautiful botanical garden near the chowk. It is also known as a erstwhile British summer capital.
Bharmaur: Located a bit farther at a distance of 65kms from Chamba lies the land of the Gaddi tribe, a community of goatherds. Bharmaur is a populat tourist attraction because of its beautiful pasture lands.

Things To Do in Chamba 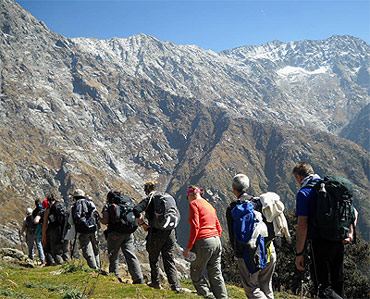 Rafting at the Ravi River

Trekking from Chamba to the foothills of Pir Panjal, Dhauladhar and Zanskar Ranges. If you are experienced enough then you can try mountain climbing as well.

Horse Riding in the Khajjar Lake. It has a horse track around its periphery.

Distance from Chamba to nearby places 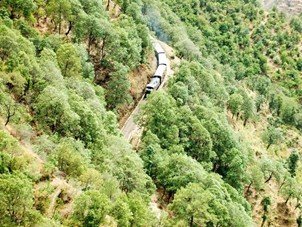 Comments / Discussion Board - Tourism in Chamba